Interested in flipping your classroom, but not really sure how to do it?  Want to incorporate more STEM topics into your teaching?  Wondering about the best practices for implementing the Common Core?  Discuss all of these topics and more with fellow educators during Connected Educator Month which starts tomorrow.

Happy reading,
Christine
Posted by bookgirl at 1:37 PM No comments:

Check out this new blog where educators can reflect on their practices and grow as professionals.

Be a Part of a New Book!

Literacy consultant and professional developer, Carol Varsalona forwarded this to me:


Participate if you'd like to be part of a new book on teaching nonfiction.
If you'd like more information about how to book  Carol to offer professional development to your district, visit her blog.

Happy reading,
Christine
Posted by bookgirl at 6:34 PM No comments:

I saw this ad for curriculum writing for the k-12 market.  Good luck if you apply!

Happy reading and writing,
Christine
Posted by bookgirl at 12:44 PM No comments:

Hofstra University will be presenting poet, Philip Levine, and author Jennifer Egan as part of its Great Writers, Great Readings series.  Learn more about this series by clicking here.

Happy reading,
Christine
Posted by bookgirl at 12:38 PM No comments:

Orange is the New Black

I recently read Orange is the New Black and loved it.  Piper Kerman's memoir of her year in prison for a ten year-old, nonviolent drug crime will leave you questioning the effectiveness of The War on Drugs, mandatory minimums, and the bias within the penal system.  Most of all, however, it will leave you missing the characters and concerned for their future well-being.  Now a Netflix series, you can read the book, or watch the show based on actual events.

Happy reading,
Christine
Posted by bookgirl at 5:29 PM No comments:

The Power of Picture Books

This sounds like a wonderful conference on the importance of picture books in developing literacy.  Presented by the Highlights Foundation and the Eric Carle Museum, this conference targets  educators.  Attendees can even earn graduate credit.  Read more about it here.

Happy  reading,
Christine
Posted by bookgirl at 12:54 PM No comments: 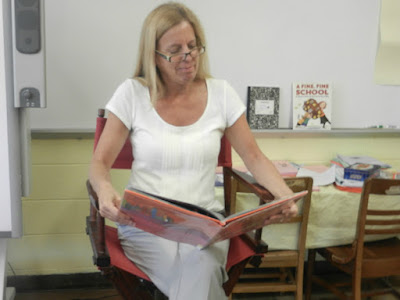 September 11, 2012
Every September 11, I think of the terrible tragedy, but I also think about how kind, thoughtful and appreciative most people were in the days immediately following the attack.  For most people, petty differences were put aside.  People helped each other and held their children a little closer.
Diane Grimsley-Goldberg has written a special guest post for 9/11:
"While visiting my town's library on Saturday, the children's librarian turned me on to a great read aloud for September 11th. The book is called Fireboat: The Heroic Adventures of the John J. Harvey.   It is based on the true story of a fireboat stationed on the Hudson River, that although retired in 1995, was called into service again on September 11th to help out supplying water to help extinguish the many fires blazing as a result of the attacks on the Twin Towers."
For more info on this book by Maira Kalman, click here.

Email ThisBlogThis!Share to TwitterShare to FacebookShare to Pinterest
Labels: 9/11

Mrs. Frisby and the Rats of Nimh - Teaching Tool

This must have been my fantasy summer.  I'm usually not a fan of the fantasy genre, but this summer, many of the middle grade and young adult books that I read were fantasies.  And one of my favorite fantasies was Mrs. Frisby and the Rats of Nimh.
This Newbery winner is an enchanting tale and a great teaching tool for illustrating the importance of world-building in any novel.  This is a clear example of setting driving the story in much the same way that geography shapes history.  (Mrs. Frisby must move from her winter home if she and her children are to survive.)  Starting with the author's description of the winter home on page four, the relevance of setting to the action is evident throughout this book.
It is easy to speculate that this 1975 publication has probably launched many a school year and lay the foundation of lessons on the literary element of setting.  However, this classic is also very timely in the way in which it lends itself to the Common Core Standards adopted in 45 states.  After reading this novel, students can write an argument for or against the use of animals in research and experiments. (Write arguments to support claims with clear reasons and relevant evidence.)  Now that is writing that can stand the test of time!

Posted by bookgirl at 6:52 PM No comments:

I just discovered this website dedicated to the middle grades.  It looks pretty interesting, and I hope you find it useful. 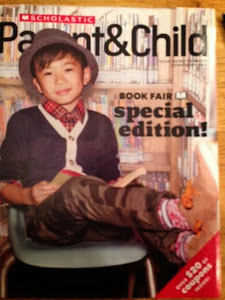 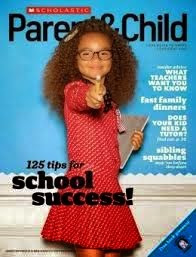 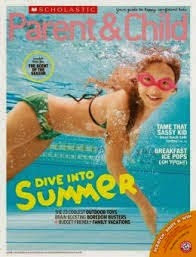